It certainly was fun! 15 artists, a sunny day, some wine and lots of art. 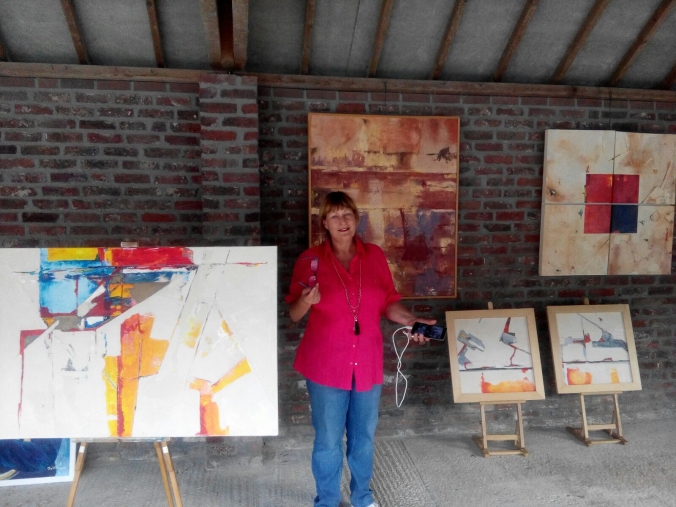 A personal story, maybe it is that time of the year.

I have to tell you about an old friend, whom I met 30 years ago in Rotterdam. In the 80-ties, I was a regular in Radio Cafe Rijnmond, where artists, journalists, writers and other nutters met. It has become quite legendary, but there aren’t many traces on the internet. No such thing, back then! 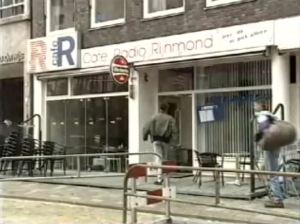 I remember how I first met him, in Radio Cafe Rijnmond. I sat next to him at the bar, politely said hello, and with a naughty look he replied: please don’t talk to me, I am busy waiting for the most loved person in my life. I nodded and expected a pretty lady to walk in at any time, as he was so eagerly focusing on the door.

The door opened, and instead of a local beauty-queen a local musician walked in – Pierre van Duyl. The very same friend that stood by him 30 years later, day and night, and walked him to his grave.

The passing of Ruut has shaken me up, more than I expected. After a special friendship of 13 years we lost contact for the last 17 years, when I moved away from Rotterdam.  It feels as if a door to a special part of my life has been closed, gone – but not forgotten. He was one of those people that make you feel special. I met many friends of him at the funeral last week, and all have exceptional stories to tell about him. Never a dull moment, he was a musician, writer, artist, a storyteller and above all naughty, the closest to Peter Pan outside the silver screen.

Many men believe they are Peter Pan, mostly as a good excuse for rude behavior, or wishful thinking 🙂 and acting selfishly childish. Ruut Ramseier never claimed the ‘Pan- status’, no need. He was the one that came to my rescue when I was stress-fully preparing for the first expo of my paintings, he worked night and day to varnish and craft wooden frames, and drank all of my booze while doing it. He protected and comforted me during a nasty robbery, he nicked my cigarettes and food, he gave me the key to his studio to choose one of his artworks for myself, he borrowed and lost my stuff (or gave it away), he walked right through a pool in the park with a tray of champagne (he only realized how deep it was when his head went almost under, I ll never forget the ‘uh-oh’ look in his eyes) just to impress my father, he would look after my dog but forget to walk it, he gave a notorious opening speech at a second exposition – I wonder if anybody remembers his chess game vernissage in Cafe Rijnmond?

He was the art- auctioneer when I bought one of my favorite paintings of Jano ten Haaf, where I kept raising my own bid, bidding against myself while he kept calling me a vlaai (google that, haha) – a funny spontaneous act-for-2 in public:

Wait- before you think I am crazy …. I knew the artist, who was living a disabled and poor life, I loved the painting, and felt it was not right that such a work would sell for 50 only. Oh and the faces of the audience, priceless! Crazy is a compliment to me, anyway.

Ruut and I were in love, while he kept telling me we were not, at least I should not be in love with him. Well, mister bigmouth, that was not for you to decide! After a romantic storm, we soon went back to base, meaning back to being friends. I love it when that happens, it is rare after all.

My friend Mario and I went to say goodbye to him on December 13, 2015. Ruut’s naughty eyes were sad, but warm, and he was preparing to let go. His friends were there, setting up a Christmas tree and looking after him, day and night, and making sure he had his beloved jenever at hand at all times.  Pierre van Duyl, the friend he was waiting for 30 years earlier, was there.  Ruut’s  eyes lit up when he said: my best friend Pierre is always here, for me.

Ruut’s facebook page has gone now, I really wanted to give him my own virtual memorial blog. 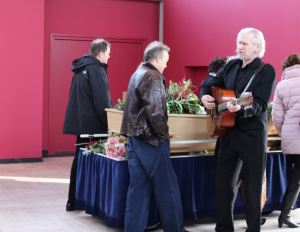